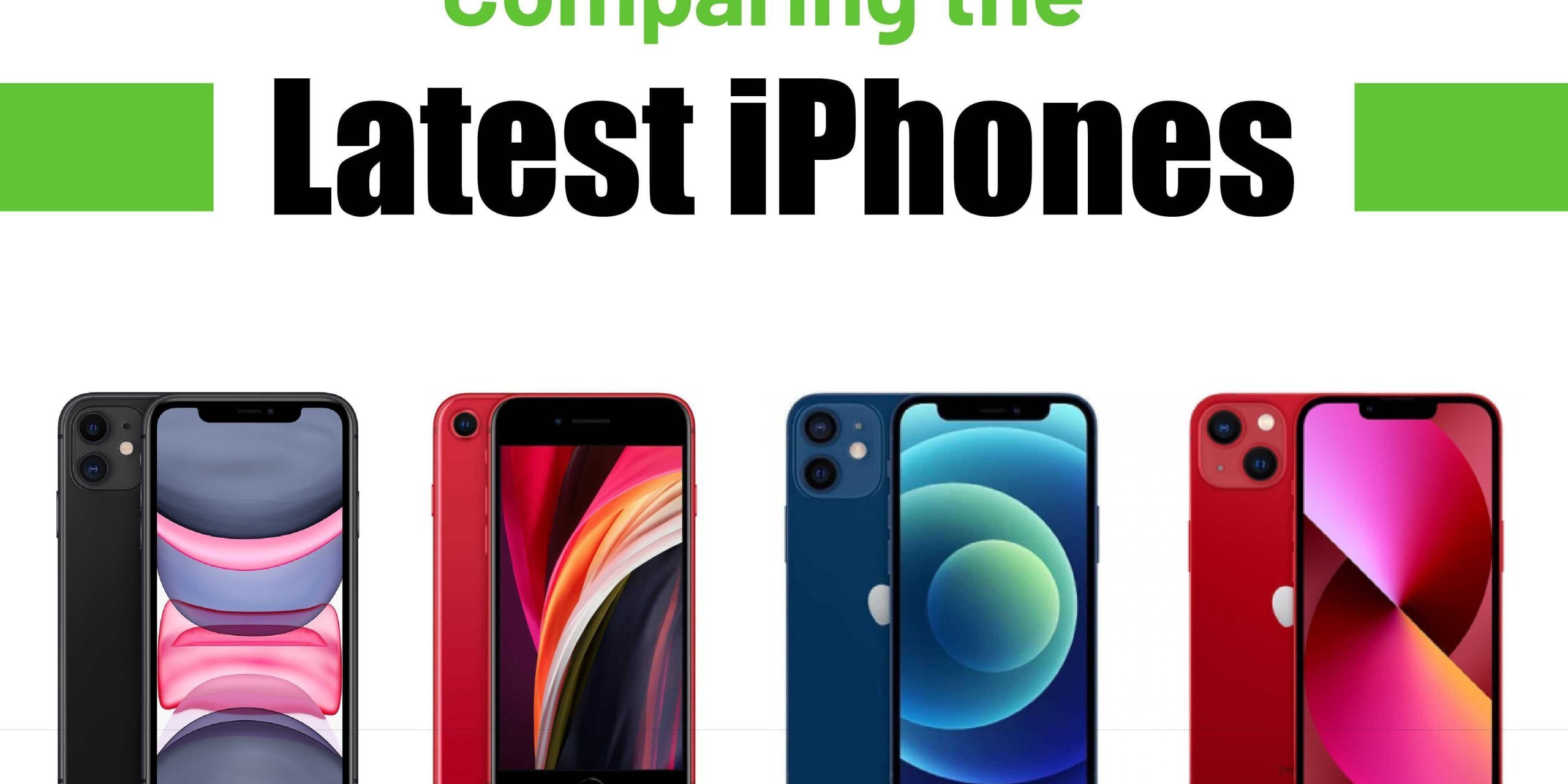 With Apple’s recent release of the sleek, technologically advanced iPhone 12, many Apple users are curious about how the latest model measures up to previous ones. Is the iPhone 12 worth the upgrade? To help you decide, we’ve put together a little “iPhone Hall of Fame” highlighting and comparing all of the latest and greatest iPhone models.

We all remember the iPhone 11’s release in September 2019, which emphasized its affordability, camera capabilities, and exciting colors. With a 6.1-inch screen display and classic curved edges, the iPhone 11 both looked and felt good. The iPhone 11 was also the first iPhone model to feature “Night Mode,” a camera feature that allows users to take bright, crisp photos in darker scenarios. The iPhone 11 is user-friendly, fun, and well-loved by Apple users.

Just a few months later on April 24, 2020, Apple released the second-generation iPhone SE, which is considered one of the most affordable iPhones. With a 4.7-inch screen display, the iPhone SE is a bit more compact. Its smaller size does not affect its performance, however; in fact, it features an A13 Bionic, which is the fastest chip in a smartphone, keeping it at optimal functionality at all times! It also boasts the best single-camera system ever in an iPhone, featuring Portrait mode, all six Portrait Lighting effects, and Depth Control. What’s not to love?

It has many exciting new features, including flat edges unlike the rounded edges of previous iPhone models. This makes the iPhone easier to grip and hold. Its unconventional color options (black, white, deep blue, light green, and red) are also features users will love. Like the iPhone 11, the iPhone 12’s screen display is a comfortable 6.1 inches. What makes it different from the iPhone 11, however, is its Super Retina XDR display, which makes colors intense and lifelike, transforming the viewing experience into something truly incomparable.

Photographer lovers, this one is for you! The iPhone 12 Pro offers advanced triple-camera setups and other photography features such as a telephoto lens and “Night Mode.” Although the Night Mode feature is on the iPhone 11, Night Mode on the iPhone 12 Pro is a part of the ultra-wide camera, standard wide camera, and front camera. This allows you to take low-light photos that are crisper without having to use the flash.

The iPhone 12 Pro Max offers almost all of the same features as the iPhone 12 Pro, except it boasts a larger and better display, battery, and camera system.

It features the same ceramic shield front and glass back aluminum design as the previous 12 series did, so it looks almost identical when viewed right side up. But when you view its back, you’ll see that Apple changed the placement of the lenses.

When it comes to the 13’s camera, it comes with sensor-shift optical image stabilization, deep fusion, slow sync, and other new features that’ll turn your day-to-day photos into professional looking images.

With a smaller build, the 13 mini features a 5.4-inch viewing area with the same crystal clear display. It also comes with the new A15 Bionic chip that powers the whole iPhone 13 line and includes up to 512GB of storage.

It has the same camera as the iPhone 13, so you don’t need to worry about having a less powerful camera.

The iPhone 13 Pro is where we start seeing new changes. Starting from the colorway, we get a selection that’s different from the 13 mini and 13. The iPhone 13 Pro comes in graphite, gold, silver, and sierra blue. It has a ceramic shield front and a textured matte glass back and stainless steel design, providing fingerprint-free use and a sleek look.

The storage option goes up to 1TB, which is a good thing for media-heavy users. With a 6.1-inch viewable area, you can take and watch as many videos as you want with this model.

The battery life of this model is also slightly better than the first two models mentioned, allowing you to play up to 22 hours of non-streamed video, 20 hours of streamed video, and up to 75 hours of audio.

The telephoto camera system starts with the 13 Pro. Along with other Pro camera features such as macro photography, lens correction, and others that you won’t find in the 13 mini and 13.

The biggest and brightest from the 13 series, we get a 6.7-inch viewing area with the iPhone 13 Pro Max. With the same A15 Bionic chip and camera features, we get the 13 Pro’s features but with a bigger screen and battery.

With the 13 Pro Max, you can get up to 28 hours of non-streamed video playback, 25 hours of streamed video playback, and 95 hours of audio playback. Those hours are significant to power users!
One thing is for certain—Apple has a history of offering iPhone models with exceptional quality and product design. No matter what kind of iPhone you own, if you are ever in need of iPhone repair, just contact us! Our Apple iPhone repair experts can fix it all—iPhone screen repair, iPhone charging port repair, iPhone water damage repair, and more.

The Most Common MacBook Problems
November 18, 2021

Which Phones Offer the Best Resolution for Live Streaming?
November 5, 2021