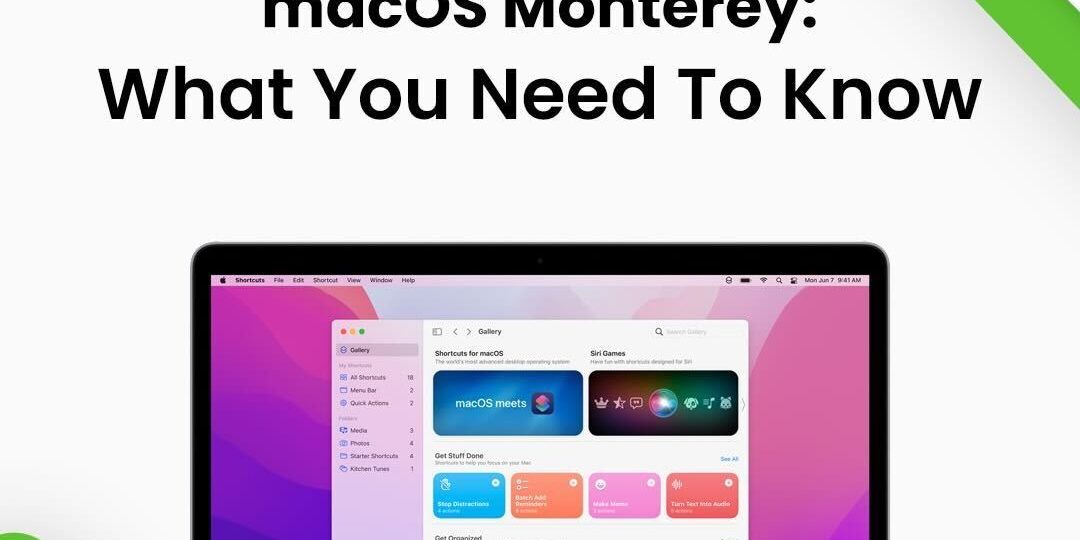 On October 25, 2021, Apple fans around the world first experienced the latest macOS — Monterey.

As the California tech giant’s 18th iteration of their very own computer operating system, fans expected a lot of improvements and some quirky features to come with the update.

macOS Monterey is based on its predecessor, Big Sur. As an update, it comes with distinct experiences designed to fuel and leverage the capabilities of Mac computers, especially the latest MacBook Pros.

With every update rolled out by Apple, the same concern persists, especially if you have an older model- will your current Mac be able to update?

To help you know if you can get the latest juice on the new OS, here’s a list of Macs that can run the new Monterey operating system:

Unfortunately, not all devices on the list above have the capabilities to enjoy every single feature of Monterey. Intel-powered Macs won’t support features that are tailored to work with M1-powered Macs like the latest releases of the MacBook Air, iMac, MacBook Pro, and Mac mini.

For you to know what to expect, here’s a list of Monterey features that won’t work or will be limited with non-M1 Macs:

We’ve mentioned some of the new features that come with the new update, but we’d like to dive a little deeper into each.

Apple fans enjoy the connectivity between different Apple devices. The frustration of working on your iPad and then having to switch to your laptop, knowing it would take time and may not work, is not as large an issue.

However, we can’t deny that the experience could be better. We always feel like there’s so much more that Apple could do when it comes to tying these devices together to work seamlessly.

The continuity feature, or Universal Control, will let you easily hand off tasks between Apple devices. It can be copying text from a MacBook and pasting on an iPad or answering calls to your iPhone using your Mac.

The downside is that this new feature won’t come until late 2021. Meaning it’s not in the initial release of Monterey.

Machine learning is an amazing technological advancement. It made daily computing tasks easier and paved the way for more advanced technologies.

To Apple fans, it means that the new features that come with macOS Monterey will be exciting. The Live Text feature will allow AI to recognize text in an image, and you can easily cut and paste whatever the machine reads as text.

You can also tap on phone numbers in a photo or an address to launch respective apps.

This feature isn’t a stranger to iPhone users upgrading to macOS Monterey. iOS 15 already came with customizable notification controls that help users focus on tasks and well, maybe more likely, focus on gaming or watching movies on their iPhones.

Now you get more time to work on your tasks (or watch your favorite shows) without notifications bugging you.

Those are the three biggest features that are special to macOS Monterey. Some new features are Facetime & SharePlay, updates to the Messages app, a major Safari update, shortcuts, and other privacy features.

How can you check your Mac for macOS Monterey compatibility?

To find out if your Mac will receive the Monterey update, you should check your Mac’s model and refer to our list of compatible devices above.

Here’s how to check the model of your Mac:

You should see the macOS version you’re running, the model, size, and year of your Mac, along with other technical specifications such as processor, graphics, and more.

You can also find the model of your Mac on the product itself or in its original packaging.

Ready to experience macOS Monterey’s new features? Make sure to download and install the update if you haven’t!

If it’s available for your Mac, you should find it in the same Overview tab as your Mac’s model and its specifications.

The Most Common MacBook Problems
November 18, 2021